It’s a bit like a dream. Or a nightmare. I can remember certain snippets, but the rest is fuzzy; the pain, the stress & even the triumph, it’s all blurry. I’ve forgotten all the intricate details.
I suppose that’s self-preservation.

Inspired by the breast collective I think it’s time to dig deep, to recall the highs & lows.
This is my breastfeeding story: The early days.

Hunter was born in Invercargill Hospital in early April 2015. Others have referred to it as a ‘traumatic labour’, so we’ll roll with that. As we’re not here to tell labour stories, here are the relevant details you need to know. No c section (although it was pretty close), only gas & air (even though I agreed to everything suggested once things were looking pear shaped!) and a healthy baby Hunter born to a tired but elated (and battered & bruised) mum.
This part is a hazy, but I think the hospital midwife offered to give him some formula a couple of hours after his birth because we (it’s a dance right?) couldn’t latch. I had to sign something, which seemed pretty massive after what I’d just been through without any signatures, but I trusted the gentle hospital midwife who was with me when I delivered, and also knew I could, and would, try breastfeeding again after a little nap. So try, Try & TRY we did, experimenting with everything possible. Different positions, holds, latching, temperature, too hungry, not hungry enough, pumping to check supply, the list goes on. After a few days it was ascertained that it was my nipples that were the issue. Too flat ‘they’ said. If you’ve ever met me you’d know that ‘flat’ is not a word usually associated with my chest, but there you go, there’s a first time for everything.
So we started using nipple shields. These are plastic covers shaped like a nipple with holes in it. It sits on top of your nipple and the baby latches onto it and sucks the milk through. These need to be sterilised after every feed. Every 3am feed. And 4am feed. And 5am feed. But the shields certainly made me feel like things were working and he was feeding, yay go you new mumma you! What I didn’t know is that feeds that last 3, and sometimes even 4 hours, are not normal. Feeding every single hour is not normal either. It wasn’t until my LMC midwife (amazing woman) patiently asked me a lot of questions and after an inspection confirmed Hunter was tongue tied. “Oh ok?” “So we need to get someone qualified to cut it.” “Oh ok.”

But the woman who cuts them was sick and didn’t want to risk being around a newborn, understandably, meaning a wait of 4 more days, or should I say nights- long nights accompanied by Kim, Khloe & Kourtney so I didn’t fall asleep mid-feed. I was not getting much sleep at all. This baby spent a lot of time at the breast. But ‘they’ all said you’d get no sleep as a parent right?! Nothing abnormal there?
The TT was cut, it was straightforward and more painful for me, the protective lioness, than it was for baby Hunter.

I would love to say that this fixed everything but the next few months saw a whole lot more action.
Pain. It started out tender, not all the time but enough to be uncomfortable. This pain increased until I was searching everywhere for solutions. The doctor couldn’t find anything wrong. Helpfully, the 27 year old male trainee doctor suggested I have carrot sticks to keep my energy levels up during night feeds. I didn’t laugh at the time but I can chuckle now. Carrot sticks. Carrot sticks.
I started attending the support group “breast feeding cafe” run by Plunket. Hosted by generous lactation consultants (LC) with lots of woman sitting around feeding babies and troubleshooting. It was safe here. No one here suggested formula feeding, not like my lovely friends who could see how tired and sore I was. “Just one bottle, so you can have a rest?” But I was so dedicated. I had so much drive to succeed at this ‘job’. I really believed I could do it. My husband would rub my back, fill my water bottle and hold Hunter while I cried. He recalls the shape of my contorted body when the excruciating pain was at its worst when Hunter was latching on.
We managed to wean off the nipple shields. I forget at how many weeks. I thought that the shields may have been contributing to the pain. Unfortunately not.

An friend from antenatal group posted a picture on a private Facebook page celebrating pain-free feeding at 12 weeks after a very rocky road. I was not so lucky.
I continued asking for help. A LC who I had met a few times sat with me one winter’s afternoon in the Plunket rooms with toddlers running around and mums drinking tea and told me a story that changed everything.
When her second child was born it was like a light-bulb went off. Straight after labour her daughter went to the breast, searched, latched and fed. There was no pain. “This is what it’s supposed to feel like.” she exclaimed. With her first child she had battled discomfort for a very long time. So instead of trying to fix the ‘problem’, she said to me “Maybe there is no problem to fix. Maybe it just hurts.” And that was it. I suddenly stopped looking for the elusive answer and realised I had two choices: 1, formula feed. 2, deal with the pain. I decided I would try option 2 for as long as I could. Taking it literally one feed at a time. Slowly. Gently. Then I aimed for 1 day at a time. I was doing it; all the while spending my nights awake reading positive articles on breastfeeding to buoy myself along.
It was sometime around the 4 month mark that the pain seemed to take a back seat. There was a short reprieve, things were looking up!
Until teeth arrived. Oh and did they arrive! I was raw and cut in at least 2 places on each nipple and bruising in the remaining areas. Without going into gruesome detail, they needed to heal. So I spent days in pyjamas at home dedicated to getting better, crying again with every feed. I had never known pain like this. I used a breast pump on one side and fed on the other. Neither was comfortable. For the first time my husband suggested formula. “You’ve done so well.” But I battled on and I finally healed.
Hunter was always a chubby healthy baby who wasn’t sick until well after his first birthday and I know that I gave this breastfeeding journey everything I had and then some. At his 1st birthday we announced to our family and friends that we were expecting a sibling for Hunter. On September 29th, after a far more straightforward labour than Hunters, our little girl River was born. The first photo my lovely husband took was of me feeding her.
A huge smile on my face.
There was no pain. 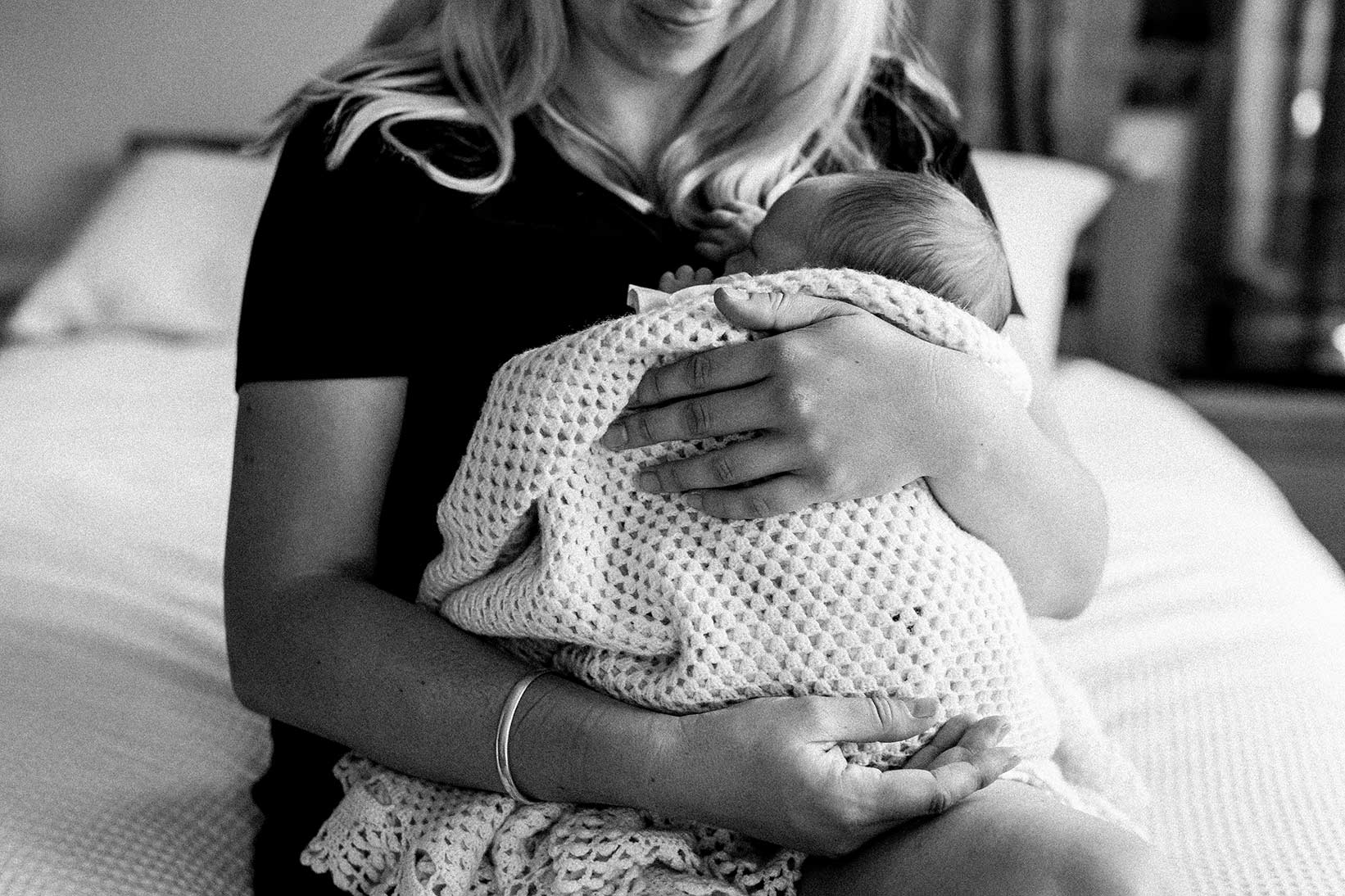 Previous Post: « Hunters 2nd Birthday – The Dinosaur Party
Next Post: Seesawing the highs and lows of parenting with a complete stranger »

Hi, I’m Jana. I live in gorgeous Arrowtown with my 2 children, Hunter (6) and River (4), Husband Hamish, and a dog & a cat for good measure.

I love cooking and sharing recipes here with you. I am a home cook and enjoy making all sorts of dishes, as long as they are simple & delicious!

Here on the blog you will find recipes such as One Pan Coconut Chicken, Whole Orange Cake with White Chocolate Icing & Eggs Shakshuka.

When I am not in the kitchen or playing with my children by the local river, I can be found trekking the gorgeous walks on our doorstep, or sampling some of the incredible local wines.